Awesome apps for Windows Phone and Windows 8 built with XPCK

Today’s post will highlight some awesome apps created with the XPlatformCloudKit (XPCK).  Many of these apps were created by first time developers and showcase unique ways of using a cross-platform app template.  FYI, apps created with this template may qualify for prizes and cash from app development promotions offered by Microsoft.  If you have trouble thinking of ideas, check out this post on determining market opportunities and promotional strategies for first time app developers.

This year, I have had the pleasure of working with pro developers and students across the U.S. with the aim of helping them publish their first app in the Windows Phone and Windows 8 marketplace.  To streamline this process, I created an application template (XPCK) which utilizes many examples of multi-platform coding paradigms, principles, and patterns. Specifically, XPCK is a Hands-on lab for creating your very own multi-platform app with Azure Mobile Services as a backend. It  supports displaying grouped items retrieved from an Azure Mobile Service, Rss Data Services, and/or Local file.  This data is then aesthetically organized into grouped objects of Type Item with property of Title, Subtitle, Description, Image, and Group to produce a Windows Phone, Windows 8, and Android application by means of Portable Class Libraries, Xamarin Studio, and MVVMCross.  For those interested in taking XPCK for a spin, you can find it at the XPlatformCloudKit Project Page.

After two months of engagements across the South Central United States, over 250 apps have been published which are based on this template.  I was amazed that using a similar codebase, developers were able to create unique works of quality that took the template to places I never imagined. 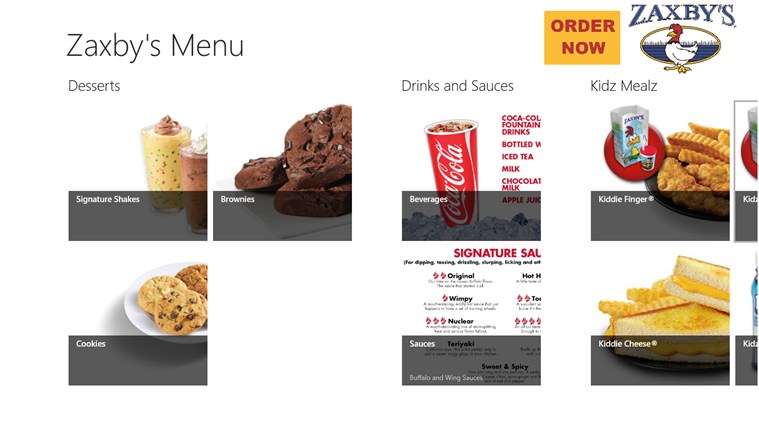 I had not heard of Zaxby’s before this app was developed, for the unitiated, Zaxby’s is a pretty awesome restaurant that does Chicken extremely well, it is the only place I am aware of that advertises a Chicken Wings with Chicken Fingers plate. I love this app because it has beautiful image assets, fulfills the presence of Zaxby’s Restaurants on the Windows Platform, and adds in functionality to literally place an order from the app!  After looking at the app for a good 20 minutes while working with the developer on the ordering feature, I was compelled to try many of the items on the menu and for the record I held true to that promise by eating dinner at a local establishment later that day.  Proof that presence produces piqued interest on the Windows platform! 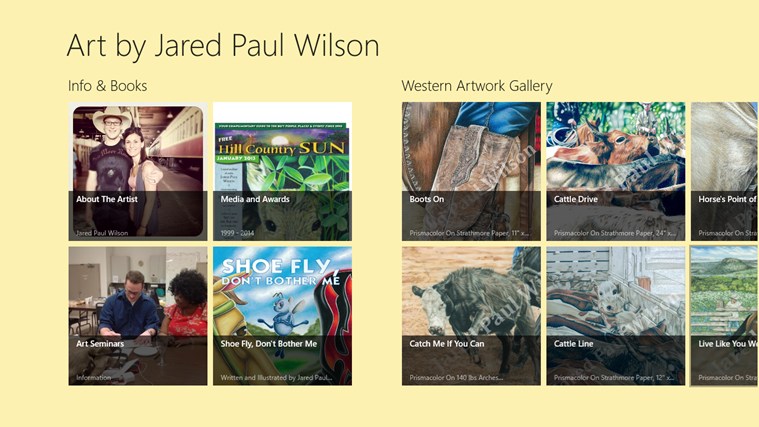 The idea behind the Art By Jared Paul Wilson app blew me away.  Here we have a local Texas artist who now has a presence on the Windows Platform thanks to the effort of his developer friend.  Jared’s art is no doubt beautiful and stands on its own, however, the developer took it upon herself to expand his reach into the tablet and phone space with this creation.  Mr. Wilson now has a mobile art gallery of his own!  One of the coolest things about this app was that the developer discovered upon embedding a properly formatted telephone number into the description field (see: “Shoe Fly, Don’t Bother Me” item for an example), you could literally make a phone call through Skype from the app!  Check out Jared’s art on Facebook! 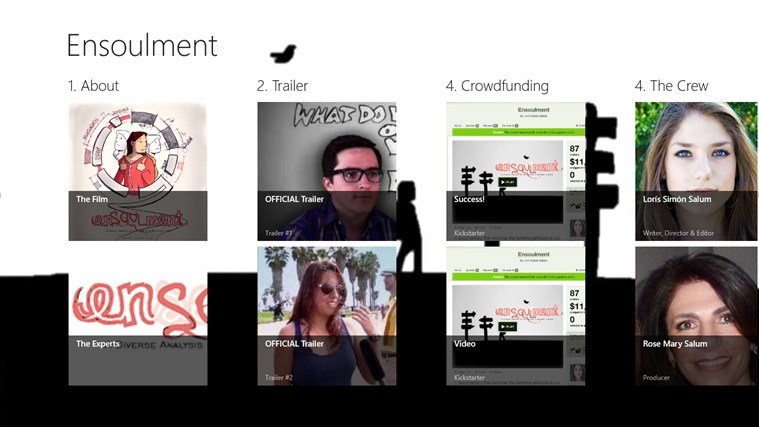 In keeping with the theme of awesome developers creating cool apps to showcase the work of their artist friends, we have the Ensoulment Film app.  This app showcases information, trailers, crowdfunding, crew info and more for an independent film created by filmmaker Lorís Simón.  The film explores the feminine principle in western culture and is no doubt a work of art by its own merit.  The developer plans to showcase the app at future screenings of Ensoulment in the Houston area.  What better way to showcase your project than by displaying it on an array of tablet devices for patrons to quickly absorb all that is Ensoulment!  Check out the fan page for the film on Facebook! 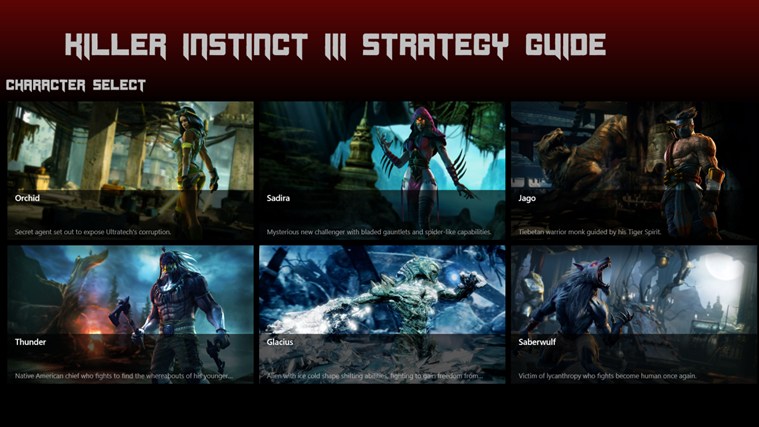 Any Xbox One fans reading this post?  Killer Instinct III is arguably the #1 fighting game right now, after being out for only a week, an XPCK developer has produced a strategy guide to help you with special moves, openers, and combos while also providing gameplay videos and the game soundtrack.  What, I love most about the execution of this app is its use of color scheme and font to produce an app that looks legitimately “Killer Instinct”.  Definitely a useful app to use for training before stepping into a ranked online match. 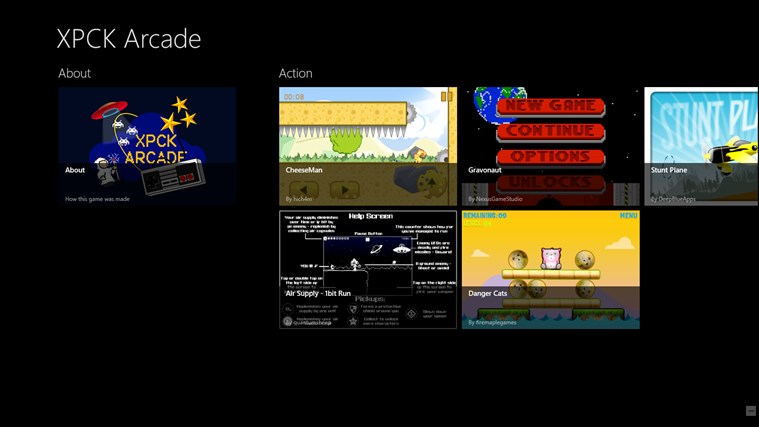 XPCK Arcade started out as a proof of concept.  In theory, it was known that html embedded in the description field would be rendered, so why not pop in some Javascript and make an arcade?!  Alec Crow, the awesome developer behind the XPCK App Builder did exactly that.  Using games sourced from Gamesalad.com, he compiled a list of games by genre that when clicked, load up in the XPCK GUI to provide a nice set of games instantly available at your fingertips.  This is definitely a sight to see and strongly highlights the potential of XPCK.

If you are interested in checking out other apps created with XPCK to see what others have come up or just to scour for ideas, check out the instructions below: